A Newly Discovered Android Hack Puts the Confidential Data of 95% of Android Users at Risk!

A recently discovered flaw in the Android mobile operating system has rendered a vast majority of Android users vulnerable to a simple hack. 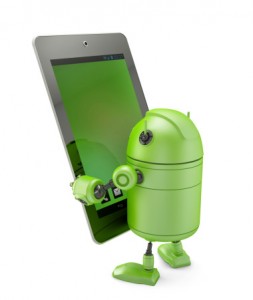 As reported last week by security research company Zimperium, Android’s media playback tool “Stagefright” can be exploited by hackers just by sending a video text message to an unsuspecting user. If your employees use Android devices, whether company-supplied or personal, for any business matters, this new vulnerability could compromise your business’ data, so make sure you know the facts:

According to Zimperium, approximately 95 percent of Android devices are vulnerable to this hack, which is a staggering number considering that over 1 billion such devices were sold worldwide in 2015, with more sold every day.

While Google has reportedly developed a patch for the flaw quickly, it is not as simple as that. Google provides the resolution to third-party companies, such as Samsung and LG, and it is up to them to send the patch through to users. This delay means Android users remain vulnerable even longer than necessary.

Stagefright, which optimizes incoming videos for ideal viewing, can be exploited even just by having the phone receive the hacker’s video text message. SMS apps like Hangouts do not require the user to actually open or view the video for the hacker to take advantage of the vulerability. which means even users that are suspicious of such an issue could fall victim to it.