Those disclaimers that many people attach to their emails serve only to annoy email recipients and detract from messages. Once used mostly by lawyers and financial institutions, email disclaimers are now ubiquitous. 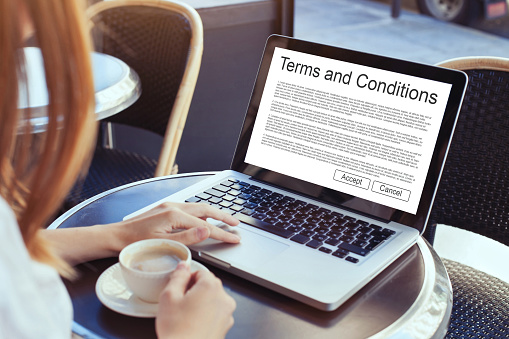 They are wordy, and no one pays attention to them; in addition, most people find them distracting, annoying, and, since they are most likely unenforceable – unnecessary.

Before we had email, technology brought us the fax machine to send and receive documents. Lawyers immediately fell in love with this machine as a cheaper alternative to using messengers and national or international delivery services such as FedEx or UPS. But, as with all new technology, there were bumps on the road to universal acceptance of the benefits, since sometimes errors occurred due to users’ mistakes, and faxes were delivered erroneously.

To counter misdials (fax machines use phone lines), a first sheet, called the “cover sheet,” was added to every lawyerly fax – and soon almost all industries followed the attorneys. The cover sheet named the intended recipient and included instructions as to what to do if you were not the intended person to whom the fax was addressed. The cover sheet included lots of legal jargon. The message was clear – failure to destroy the fax and forget you ever received it could result in drastic legal action, but the warning is written with so much legal jargon people have a hard time understanding it. When fax usage declined as a result of reliance on email, legal firms decided to include the cover sheet as an addendum to emails.

But, most of the time, disclaimers are not enforceable!

That’s right. Disclaimers try to establish a contractual agreement between the email sender and the wrong recipient. But, since the contract is one-sided and not agreed to by the recipient, it is a unilateral contract, which are usually unenforceable.

Ryan Calo, at the Center for Internet and Society at Stanford Law School, said:

“In most circumstances, they would not be legally binding. What the disclaimers are trying to do is establish an agreement between the sender and its recipient that gives rise to a duty of nondisclosure. That’s just like any other contract. Both parties have to agree to the terms of agreement. There’s nothing in the act of simply receiving a message that would give rise to an agreement to keep the contents secret. The net effect most of the time is just to put you on notice.”

While the Ninth Circuit Court of Appeals found that disclaimers are effective to avoid the establishment of a lawyer/client relationship, other courts have limited their usefulness.

In 2007, the New York State Supreme Court ruled in Scott vs. Beth Israel Medical Center Inc. that even the inclusion of an email disclaimer in legal emails sent to the wrong party is not privileged simply because they had a disclaimer.

While most lawyers and others who deal in highly confidential matters (bankers, brokers, health organizations) know that their disclaimers may be worthless, they continue to use them for added protection. The thinking is that even if disclaimers are of little use, a little protection may go far in a court case.