Are We Saying Goodbye to a Beloved Part of the iPhone?

When the iPhone was originally introduced by Steve Jobs in 2007, much focus was put on the design’s elegance and its simple navigations stemming from only one single button, the Home button, which takes you “home” from wherever you are within the phone. 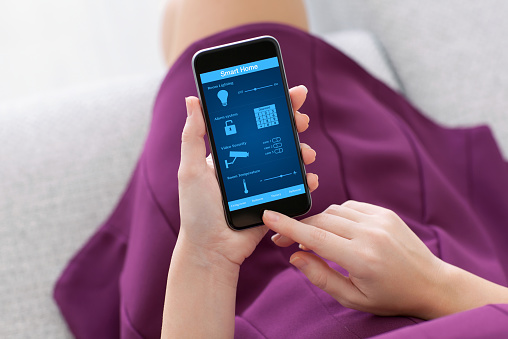 The design was a radical change from anything else on the market at the time, with Blackberry and Nokia being the two top competitors at the time and their designs features an immense amount of button pressing.

Since the initial release, the Home button has remained an Apple go to, with every generation of smartphone since featuring the simple navigation point – remaining a focal point.

It seems as though this may be about to change, with the new iPhone 6 and iPhone 6 Plus signaling the beginning of the end with its entry into the marketplace later this week. Several changes to the new iPhone indicate that in future generations, a Home button wont even be necessary.

Features that foreshadow the demise of the home button include:

Why Do Away with the Home Button?

The home button is such an incredibly distinct feature of the iPhone. Some may wonder what the point in getting rid of it is. Reasons for this move include the fact that a buttonless phone meets Apple’s design preferences of a clean streamlined device, as well as the fact it would create room for incorporating larger screens on devices without increasing the body size.

There are no guarantees that the Home button will be a thing of the past when next year’s iPhone 7 rolls out, or even in generations following, as it is undeniable that the smartphone gurus receive a lot of distinction from that specific feature and it is a big part of what makes them so distinctive. Several other factors would also need to align before the Home button could be officially shelved, including making the decision to move to an even larger screen and integrating a fingerprint sensor into the screen.

Apple Needs to Keep It Fresh

Just because Apple is a dominator on the smartphone scene, does not mean they can become complacent. Keeping thing fresh is what keeps consumers interested and Apple is striving to do this, having also released a new Apple TV streaming box and iPad Pro tablet earlier in the month. The iPhone however is the company’s bread and butter, responsible for over two thirds of the brand’s revenue. A significant step, such as removing the Home button, would drastically change the appearance of the phone and be a huge step for a product of such popularity.

The newest model of iPhone will feature only a few small design changes, maintaining the same screen size and body. Weight and size dimensions are kept pretty much the same but one new exciting feature is the introduction of 3D Touch, a pressure sensitive technology that responds differently depending on the amount of force being exerted on the screen.

3D Touch is an exciting new feature because it is a big change in the way touchscreen interaction works. A major benefit to the feature is that it noticeably speeds up navigation by requiring only one touch whereas before several steps may have been required.

3D Touch is the same technology found in the Apple watch and relies on haptic feedback to determine which interactions are desired. This provides an alternative means for input and seems destined to create helpful shortcuts in the iPhone 6S. This technology can be used to bypass the need for pressing various buttons and is extremely efficient.

The ever popular Siri Virtual Assistant feature that has been a cherished feature of iPhone users since the 4s has also received a tune up with the introduction of the “always on” function. This no longer requires holding down the Home button to activate. Siri’s ears are always listening and will respond when summoned with a verbal command.

Siri is better than ever at eliminating the need for extensive navigation with the ability to do things, such as:

Discover the latest technology advancements that bring you new functionality and ease of use. Contact Radius Executive IT Solutions at (978) 528-0110 or send us an email: info@radiusits.com.