The recent and ongoing surge in ransomware extortion has prompted both the United States and Canadian governments to warn of the risks of this dangerous, newer threat. A joint statement was released from both the United States Department of Homeland Security and the Canadian Cyber Incident Response Centre warning of the ongoing threat posed by these attacks. 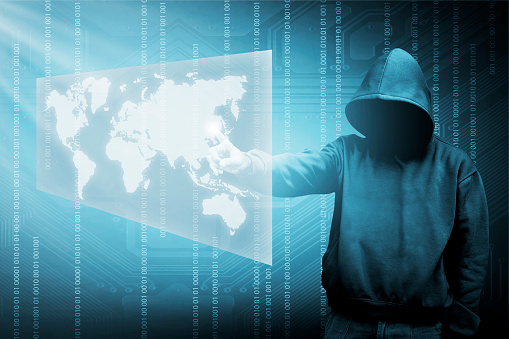 The Threat of Giving in to Ransom-based Claims

Among the details of the statement was some clear language on the response to such threats. The governments warned that the infections could be devastating to both an individual or organization facing them, but warned that giving in to the threats wasn’t effective. The statement said, “Paying the ransom does not guarantee the encrypted files will be released. It only guarantees that the malicious actors receive the victim’s money, and in some cases, their banking information.”

It also offered the recommendation that anyone impacted should turn to an experienced and reputable data recovery specialist to handle the situation for them. For many people, the “simple” solution seems to be to pay the fee and receive a release from the threat. Yet, that’s not effective.

While ransomware threats like this can impact any industry or organization, the most recent threats on a large scale have occurred within the health sector. One such attack occurred in the Washington DC where MedStar, the area’s largest healthcare provider faced a need to shut down all of its computer network just in the last few weeks. The organization, which spans some 200 offices and 10 hospitals, saw hackers encrypt data and then demand a $18,500 ransom for its release.

Why Is It Happening?

There are several key factors impacting the current situation. First, many companies do not realize the threat or are not taking it seriously enough to work towards prevention. Some mistakenly believe that, when they face this type of threat, it is no more than just having a computer down that will eventually be back online. The threat, though, spans much further putting customer data at risk, patient or customer files being exposed, and even company product designs being stolen. More so, many companies lack the necessary backup files to restore such data if it is lost.

Secondary to this is the ease of which ransomware is spreading. This is due because barriers to such threats are no longer as strong as they once were. In short, anyone can purchase the tools to enable such an attack and, surprisingly, the necessary tool kits can be purchased on the dark web for as little as $100. The threat is far more accessible than ever before.

What Can Be Done?

The first step is to improve the amount of knowledge and understanding companies have over the ransomware threat. It can impact any company, large or small, and the threat can come from numerous areas. In addition, people can make the simplest of all changes to protocol to reduce the risk of the threat. For example, not clicking on links in potentially malicious emails is by far one of the most important steps for individuals to take. Companies need to put in place and enforce rules on this type of risk prevention as well. It is this type of education that can help to protect companies as well as individuals from these risks.

Ransomware is a real risk. There are numerous potential threats like it out there. Instead of paying for data release, though, consumers and companies should turn to a data risk specialist to resolve the problem. With the growing number of threats out there, there is no doubt a greater need for companies to take action to prevent further risks. Improving prevention methods, educating computer users of the risk, and turning to a skilled professional to resolve threats and establish backup solutions are essential in all situations.