What Do Passwords and 2FA Have In Common?

Soon, They’ll Both Be Obsolete as Biometrics Enter the Mainstream

Google recently announced plans to replace digital passwords with biometrics using their “Trust API” system. Trust API monitors location, speed, voice, and typing patterns, so devices can “learn” about their owners and how their owners operate.

Consumers appear to be fully on board. According to the latest research, more than 80% of all users are open to biometric authentication, believing it to be more secure than traditional username/password combinations. With hackers easily and persistently using brute force methods and modern graphics cards to crack passwords, biometrics seems to present a more secure alternative. 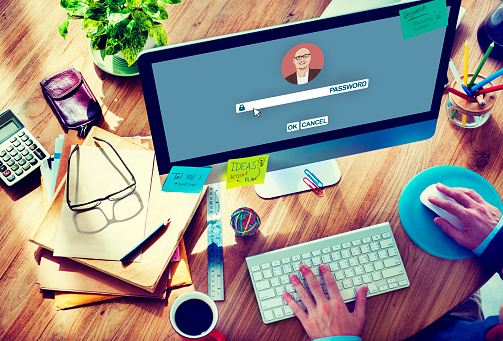 Consumers are understandably weary of other alternatives to password and usernames since even secret question/answer combinations used as extra security can be purchase online these days. Google is answering the call for more security by utilizing biometrics, with the goal that identification methods become not just more secure — but also easier and more convenient for customers. With biometrics as an industry expected to reach $21.9 billion by 2020, this seems like a pretty solid business move on Google’s part.

What Is Google Trust API?

Trust API is Google’s biometrics solution, and it was first introduced last year as “Project Abacus.” The goal of Abacus was to get rid of passwords by using a collection of identity indicators and sensors on the Android smartphone. On the Android device, Trust API monitors your location, the way you type, and the way you move, including how you swipe your screen, to name just a few. It also monitors facial and voice recognition — and then analyzes all the data to produce a “Trust” score, which indicates how likely the user of the smartphone is actually the authorized party or owner of the device.

That’s about all Google has revealed about Trust API at this point, and, as of August 2016, the tech giant is beta testing its methodology with large, security-conscious financial institutions. If the testing goes well, Trust API will be available to Android developers and consumers by the end of this year. With Android holding about 81% of the market share over Apple and other smartphone manufacturers, this means that biometrics will enter not just the mainstream — biometrics users will be in the majority.

Though It’s More Secure, Biometrics is Not Bulletproof

How Can Biometrics Help Business in the Future?

Radius Executive IT Solutions is your local IT security expert, helping businesses of all sizes keep their data secure and their businesses up-and-running. If you’re interested in learning more about the biometrics technology that might be available to your business, contact us at (978) 528-0110 or send us an email at info@radiusits.com for more information.