What Is The Dark Web?

Have you or anyone you know ever received an alert that a credit or debit card may have been compromised. Banks reissue cards on what seems like a routine basis and tell customers the reason involves security. In other words, they may have been hacked.

Have Your Company’s Digital Assets Already Been Exposed on the Dark Web?

Have you or anyone you know ever received an alert that a credit or debit card may have been compromised. Banks reissue cards on what seems like a routine basis and tell customers the reason involves security. In other words, they may have been hacked.

What many people do not realize is major corporations that invest massive resources into cybersecurity routinely get hacked. Adding insult to injury, household name organizations may not realize company and customer data is for sale on the dark web until it’s too late.

Consider the recent report from ZD Net that indicates a single hacker put 127 million user records up for sale on the dark web stolen from eight companies. That reportedly happened in one week. The previous week, that same digital thief auctioned off 620 million records from 16 companies. If you are a business professional with a sudden chill running down your spine, brace yourself.

What the leadership team at these victimized companies may have in common is they didn’t even know they’d been hacked. Well, not until those digital files were used to drain bank accounts, log in to business networks, or just watch a Netflix original series on their dime. What’s truly frightening is that cybercriminals penetrate systems all the time and sell valuable and sensitive files on the dark web. What industry leaders need to know is whether your company’s digital assets are already up for sale on the dark web. 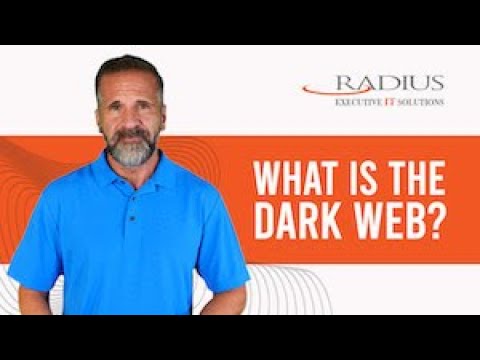 Challenges of Monitoring the Dark Web

What everyday internet users may not know is that you have open access to about 1 percent of the billions of webs sites. Upwards of 99 percent are protected and virtually invisible to standard search engines such as Google and Bing. This vast unseen network of platforms comprises the “deep web” of legitimate sites. But hidden in the deep web are nefarious platforms used by cybercriminals to buy and sell stolen data. These rank among the digital files you could find on the dark web if you had access.

What proves problematic for organizations of all sizes is that stealth hackers leave little or no trace of their presence. They can copy and sell digital assets for years without being discovered. This was particularly true of Marriott International that sustained a four-year breach with hackers swiping approximately 500 million customer identity records.

As a proactive business leader, you might be thinking that an in-house technician should be tasked with checking the dark web for traces you’ve been hacked. But the inherent problem with barreling forward is that dark web searches require specialized tools. Even if you purchased the software necessary to enter the criminal underground, an unknown number of sites exist.

If you had a technician who believed they knew the path to where items are sold, dark web platforms possess some of the most formidable defenses. What makes matters worse is that should you breach a dark web platform, the viruses and malware weaponry could cripple your network in response.

How to Protect Your Organization from Dark Web Hackers

Now that we’ve had a candid discussion about the high-level threat posed by hackers who operate in the dark web space, it’s essential to counter these bad actors. By working with a managed IT firm with dark web expertise, a thorough scan can be performed to identify the telltale signs you’ve been breached.

If any of your company’s digital assets are being sold, or if a rival outfit plans on hiring a hacker to disrupt your organization, proactive measures can be taken to secure and defend your network. If you want to know if your system was breached yesterday or four years ago, it’s crucial to have a dark web scan performed immediately.