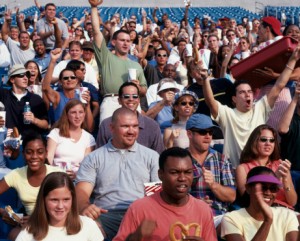 Well, the results are in and the vast majority of users definitely give Windows 10 a resounding “Thumbs Up” with high praise for the system.

Why are so many people hyped about Windows 10? There seems to be quite a few reasons why people love it. Here’s why.

Although the Windows 10 is relatively expensive if bought outright by itself, most users can download it free if they currently subscribe to Windows 7 or 8.1 for the first year. This allows many existing users on these older systems to gain immediate access. The free download does not apply to business users though.

Windows 10 operates not just on desktops and laptops, but on all devices including smartphones and tablets along with other hybrid devices. The apps which you get at Windows Store are universal for all devices. This means that by connecting your phone or tablet with a keyboard and monitor, you can use it just like a PC because it has interface features to give you this added flexibility.

Hard core gamers love Windows 10 because of DirectX 12 which enhances performance by as much as 40 %. This is way better than DirectX 11 currently found on Windows 7 & 8. And, with Windows 10 you can enjoy Xbox One game streaming which runs super fast and is incredibly responsive.

All in all, new users of Windows 10 love the features and are full of praise for the new system with good reason.

Need to learn more about Windows 10? Call Radius Executive IT Solutions at (978) 528-0110 or email us at info@radiusits.com to learn more.